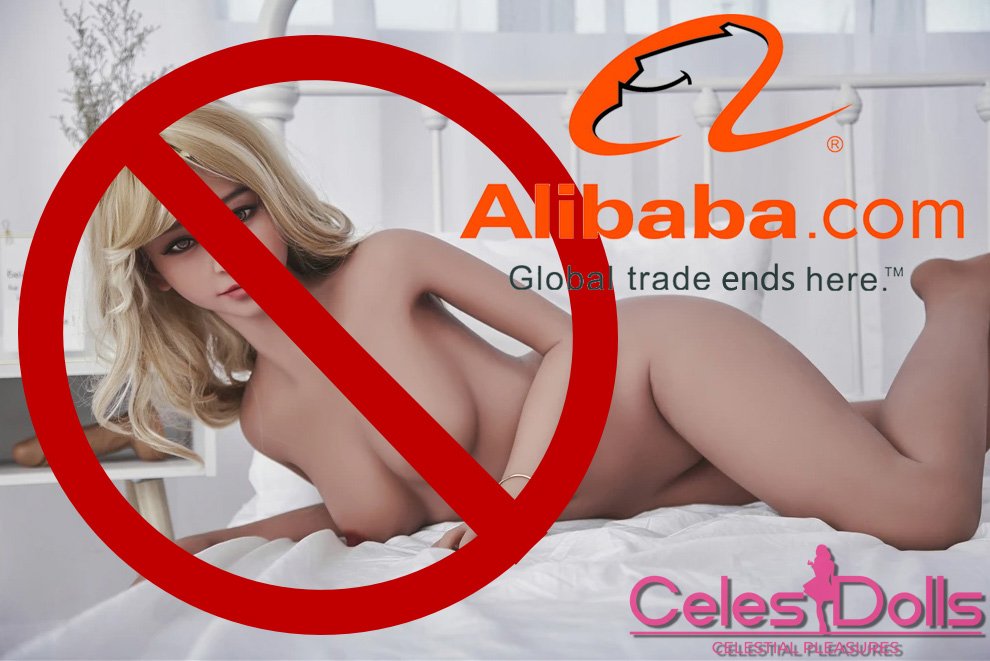 On January 28, 2021, Alibaba International (owner of Alibaba.com and Aliexpress.com) issued a formal statement indicating that starting February, 4, 2021, all sales of sex doll products to the USA will be banned. This is huge news. Sex dolls are a massive industry in China and has made Alibaba a ton of money. If Alibaba suddenly decided to ban them in the US, there must be a serious reason why. The vague reasoning given is that they prohibit the sales of “obscene, child pornography, violence, and vulgar products” which they are associating with sex dolls.

As of currently, the ban only applies to the US, and affects ALL sex dolls, including torso, hip, and leg dolls (“Sex Doll products that show full, partial human bodies will be blocked in the United States”). People in other countries will still be able to purchase sex dolls with no issues. This indicates that there is something going on in the US that made Alibaba hesitant or cautious of selling sex dolls to the US. This is likely a form of preventative action in anticipation of an in-coming sex doll ban in the US. There has also been a lot of controversy regarding child-like sex dolls in the US that has been continuously brewing over the last few months.

What This Means for You?

If you order dolls from vendors or other websites: The Alibaba sex doll ban probably won’t affect you. It mainly affects the vendors and manufacturers. Because most manufacturers, including top brands like WM Doll, Piper Doll, etc., use Alibaba as a payment processor, they will need to find a new payment method for vendors to pay them. Things may get complicated for vendors and brands, but it won’t really affect the customer.

The Good, The Bad, and The Ugly

The Good: As you may know, Aliexpress/Alibaba is filled with low quality, counterfeit and knockoff dolls. The ban will actually prevent many Americans from getting scammed, and may bring more business to legitimate vendors.

The Bad: Alibaba has many lesser-known brands that most Western vendors do not carry. They could be affordable choices for new doll owners. Unfortunately after the ban, Americans will no longer be able to find any of these smaller brands again. The ban may also lead to more counterfeit doll websites popping up as these sellers can no longer sell to the US on Alibaba/Aliexpress.

The Ugly: Alibaba is a large and powerful company with a lot of influence. Their sex doll ban, along with their labeling of sex dolls as “obscene, child pornography, violence, and vulgar products,” will greatly increase the negative stigma toward sex dolls. This will only fuel growing stereotypes and misinformation currently surrounding sex dolls. It may also influence other companies to do the same thing. Their decision will have a significant impact on things to come and how sex dolls are viewed in the future. If Alibaba truly believes in what they say, then they will likely ban all sex dolls from their marketplace eventually, which will greatly hurt sex doll manufacturers and the sex doll industry as a whole.

Trouble is brewing in the sex doll industry, and the US is about to get hit hard. What are your thoughts? Comment below!

Sex Doll Shipping Times: How long does it take to arrive?